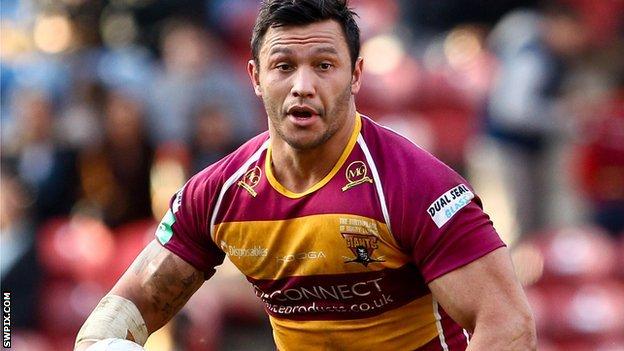 Huddersfield Giants forward Jason Chan faces up to eight weeks out with a knee injury.

Scans have shown that the 29-year-old suffered ligament damage in Friday's 32-8 win at Leeds Rhinos.

The Papua New Guinea international had appeared in all six of the current Super League leaders games this season.

Giants coach Paul Anderson told the club website: "It's obviously not good for Channy, but at least it's not season-ending."