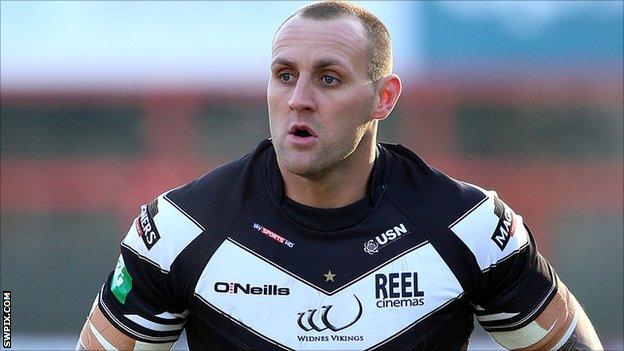 Widnes Vikings second-row Gareth Hock has been banned for one game after he was found guilty of using foul and abusive language to a match official.

The Rugby Football League disciplinary committee also fined the England international £300 for the incident in the on Friday.

Hock, 29, was dismissed during the match by referee Robert Hicks.

Hull FC prop Mark O'Meley was found not guilty of a Grade B punching offence in Friday's win over Castleford.

Three players submitted early guilty pleas to the RFL for punching offences in that same fixture.

Cas' three-quarter Justin Carney was given a two-match ban for his Grade C offence, while Hull's Danny Tickle and Castleford's Weller Hauraki both received a one-game suspension.