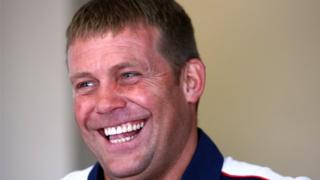 The 41-year-old former France head coach has expressed his desire to take the vacant head coach role at the Salford City Stadium.

Goulding, who played for the Reds towards the end of his career, says he would like to improve the youth set-up at the club and would bring former France international David Ferriol out of retirement if he got the job.

England without Ryles for Six Nations