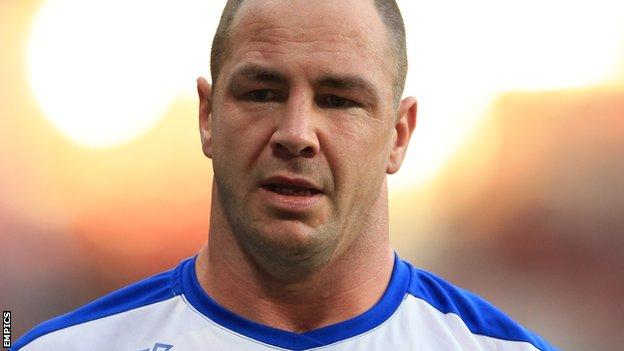 Warrington captain Adrian Morley has confirmed that Salford City Reds made an approach to buy him.

The 35-year-old forward was born in Salford but has never represented his hometown club.

"They were actually keen when he [Dr Marwan Koukash] took over, he rang the club and said 'we want Morley'," he told BBC Radio Manchester.

"They [Warrington] said I was under contract and that is as far as the conversation went."

He added: "It's quite flattering, he did the same with Sam Tomkins, and I think it's great he wants the best players at Salford."

Since the multi-millionaire racehorse owner took over at the club they have made approaches for some of rugby league's brightest talents including reigning Man of Steel Tomkins and former winner Rangi Chase.

Reds football director Graham Lowe revealed they were looking at bringing in some of the world's best players to the Salford City Stadium and the club have made a number of signings since the start of the season.

"He knows it's going to cost him a few quid but if you look at Warrington's plan over the last half a dozen years potentially Salford could be the new powerhouse in rugby league.

"He's got great visions for the club and being a Salford lad I'm excited for them."