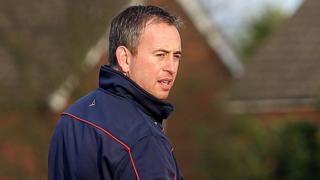 Uncapped Wakefield winger Ben Cockayne was one of the new faces involved with the squad for the first time.

McNamara adds that Huddersfield Giants captain Danny Brough, one of the star performers in the early weeks of Super League, is one of a large group of players being considered for selection for the World Cup later this year.

EFL: Brentford on course to make it 16 Championship games unbeaten