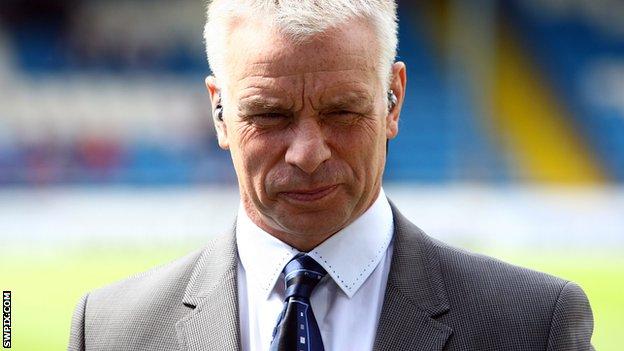 after Salford lost four of their first five league matches in 2013.

The Reds confirmed Noble's appointment prior to

Ambitious owner Dr Marwan Koukash has outlined his vision to make Salford one of the biggest clubs in Super League and, in an effort to make his dreams a reality, has appointed one of the most experienced and decorated coaches in the domestic game.

"He's somebody who really believes in my vision - a vision that we could achieve. We both know what that vision is, we both know how to realise that vision and we won't let anything stand in our way.

I am after the best coach I can get my hands on. Brian fits that bill. I would be honoured if we could work something out and Brian could become our coach

"I've been speaking to the fans over the last six weeks and there's been a lot of support for Brian to come in. I'm delighted that we've finally achieved what we wanted."

Koukash added that he expects to spend the full salary cap next season and that the club are planning to make at least 10 new signings ahead of the 2014 campaign.

A move to Wigan followed in 2006 but he was unable to win any silverware in his four seasons with the Warriors, while he took Crusaders into the Super League play-offs in his only season with the Welsh outfit.

Head of youth development Alan Hunte had been in caretaker charge of the first team and while and ex-Sydney Roosters chief Brian Smith were also on Salford's list of possible replacements for Veivers - Noble's former assistant at Bradford and Wigan.

The Reds, who were in serious financial peril and on the verge of administration before have struggled in the first two months of the campaign, winning just twice in their opening 12 Super League fixtures.