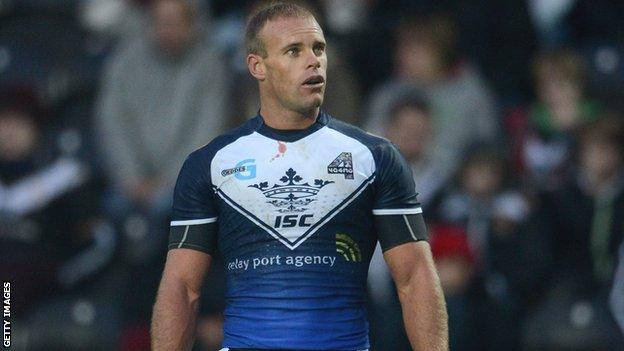 Hull FC half-back Daniel Holdsworth is facing an indefinite period on the sidelines as a result of a concussion.

The 28-year-old suffered the injury in the defeat by Widnes at the start of the month and a visit to a neurosurgeon failed to diagnose the problem.

Coach Peter Gentle told BBC Radio Humberside: "It's a head injury and we have got to be very careful what we do with it and rest is the only solution.

"It may be two or three weeks but it's something we can't put a time on."

The Australian, who joined from Salford in September, had featured in the club's following two games after his injury but was absent for Saturday's 18-18 draw at London Broncos.