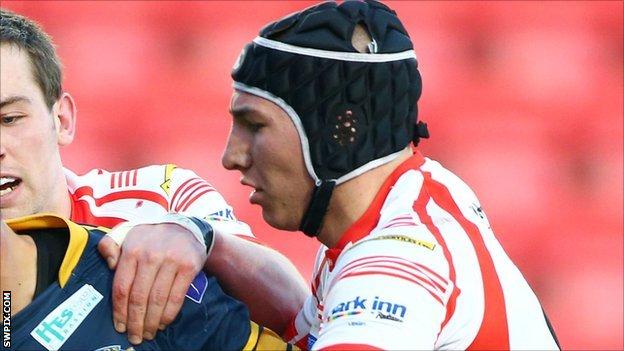 The 22-year-old hooker is yet to figure for Paul Rowley's side in 2013 but made 24 appearances last term, scoring four tries on route to the play-offs.

Nicholson began his career at Super League side Wigan, where he played under-20s football alongside current Raiders team-mate Adam Clay.

He also toured Australia with the Great Britain Community Lions Under-18 side.

Current Castleford coach Ian Millward brought him to Leigh from amateur side Leigh Miners in November 2009.