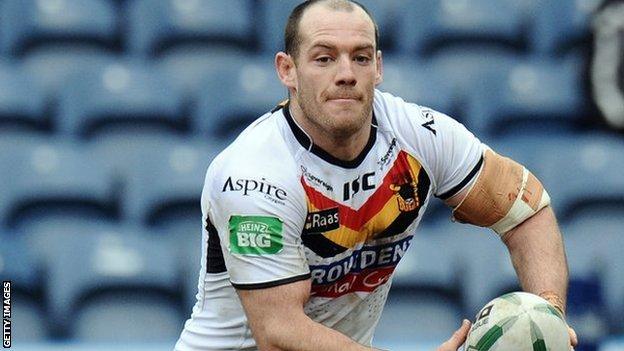 The Bulls face Leeds Rhinos at Headingley on Thursday before hosting Salford on Monday.

Hull KR boss Craig Sandercock said on Tuesday that asking players to play two games in such a short period of time was "not a great idea".

But L'Estrange told BBC Radio Leeds: "I absolutely love Easter, it's my favourite time of the season."

He added: "Playing three games in 10 days is always fun and I enjoy it.

"I don't think too many people would be complaining if it was sunny."

The Bulls come into the games off the back of defeat at Catalan Dragons while Leeds had last week off after their derby with Wakefield was twice postponed because of snow.

The Australian, 27, does not think the Rhinos' extended break will necessarily benefit them.

"It's no problem for us, we've done our prep as planned," he added.

"For Leeds it could be a good thing or a bad thing. Not playing for 13 days could make it a bit tough but then they've got some players coming back from injury."