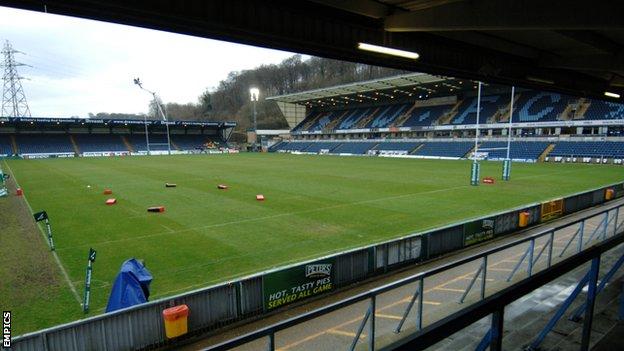 London Broncos have moved their Super League clash with Bradford Bulls to Adams Park because of issues with the pitch at The Twickenham Stoop.

The match had been scheduled for Friday, 5 April but has now been moved to accommodate Harlequins' Heineken Cup quarter-final on Sunday, 7 April.

Broncos will now take on Bulls at Adams Park in High Wycombe on Saturday, 6 April (15:00 GMT kick off).

London also had to switch Thursday's match against Catalans to Molesey Road.