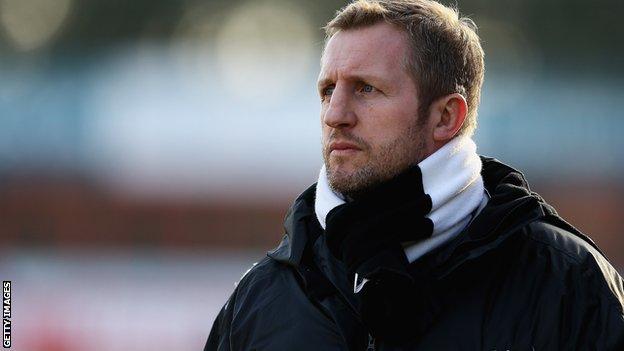 Denis Betts is pleased with the progress being made by his Widnes side and believes they are becoming a very difficult team to beat on home soil.

and have taken seven points from five home games this season.

"Your home ground has got to be your fortress," said head coach Betts.

"It's got to be the place where people are frightened to come and where people know they're in for a tough day at the office," he told BBC Radio Merseyside.

The team's aim now is to take their impressive home form with them on the road and add to their solitary away win, which came in the opening weekend at London Broncos.

Betts continued: "This time last year, we hadn't had an away win. We've got an away win and we've played four of the top teams away so we've travelled to some tough places.

"We'd like to take away a little bit of form that we show at home into our [away] performances."

Rhys Hanbury and Cameron Phelps both scored hat-tricks as Widnes passed 50 points in a match for the first time since returning to Super League in 2012.

Hanbury, who was used as a half-back for most of last term, has excelled at full-back for the Vikings in recent weeks. He now has seven tries this season, making him the club's leading scorer.

"He's a good player and he gives us utility," added Betts. "He can push into the line and play like a half-back, but his pace and ability to spot a gap makes him a very dangerous full-back."