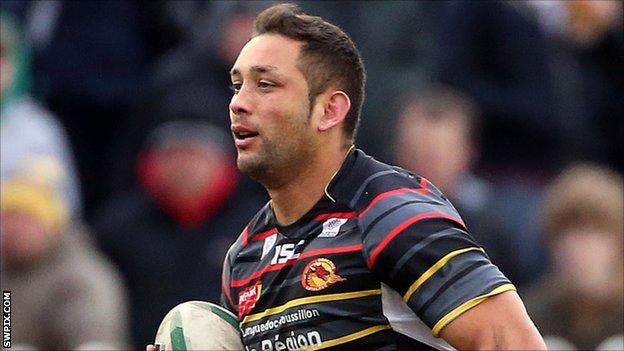 Catalans Dragons will be without Olivier Elima for up to four months after the forward ruptured a bicep tendon in Sunday's defeat by Hull FC.

The 29-year-old France international will undergo surgery on Thursday, and joins Scott Dureau and Brent Webb among the Catalans' long-term absentees.

"He is one of the leaders in the team and it's obviously a big loss for us."

Elima rejoined the Dragons from Bradford Bulls at the end of the 2012 season, having left the Stade Gilbert Brutus in 2010, and has scored two tries in 11 appearances this season.

Frayssinous's side has been affected by injury in 2013, with pre-season surgery depriving the Frenchman of Lopini Paea and Dureau, while Vincent Duport, Julian Bousquet, Thomas Bosc and Daryl Millard are all currently unavailable.