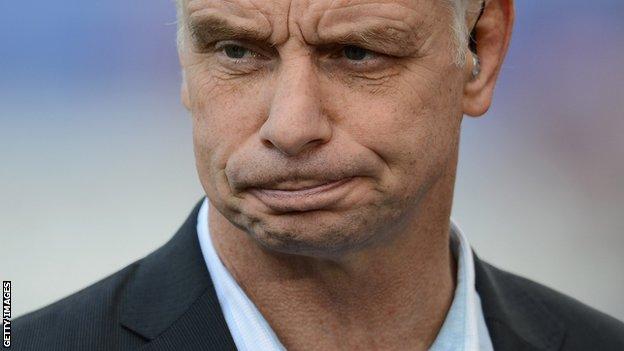 Salford City Reds lost 24-18 to Hull FC on the day they confirmed Brian Noble as their new head coach.

was announced before kick off and the Reds got off to a flying start, Danny Williams going over for a try after four minutes.

Gareth Owen's score brought Salford back within six points, but Whiting's second made it safe before Jodie Broughton grabbed a consolation.

Former Great Britain coach Noble, who will officially begin his new role next week, inherits a Reds team lying second from bottom in the table and with only two wins from 12 Super League games.

But the visitors began in awful fashion. They had loose forward Jay Pitts sin-binned in the second minute for holding back Ashley Gibson in sight of the line and Salford immediately forced three repeat sets, which ended with Williams going over in the corner.

The Black and Whites, who left out England wing Tom Briscoe, soon recovered as centre Crooks chased his own kick and touched down, before Richard Horne brilliantly set up back-row forward Whiting to put the visitors in front.

Whiting turned provider early in the second half, kicking through for Lineham to extend the lead to 18-6.

Owen broke through a gap in centre-field to bring struggling Salford back to within six points, but Whiting charged down a clearing kick and dived over to put the result beyond doubt.

The hosts rounded off the scoring when Broughton outpaced the visiting back line to score a length-of-the-field effort, while Hull's victory was slightly marred by the losses of Whiting and centre Joe Arundel to injuries in the closing stages.

"I've known Brian Noble was a strong contender from day one and my role has not changed. Brian is a great choice and his pedigree speaks for itself.

"He has coached two top Super League clubs and took Crusaders further than anyone imagined. He's a good bloke too and we are all looking forward to the challenge ahead.

"I have already spoken to Brian about bringing in 10 to 15 new players to take us to the next level."

"You can't put young heads on old shoulders but the youngsters did well. The intensity and desire was there and it was never going to be pretty with such a strong wind.

"We are clawing our way up the ladder, although our kicking was not exceptionally good.

"Richard Whiting is a tidy footballer and Danny Houghton was again exceptional. I don't care how we pick up points and this was always going to be tough."