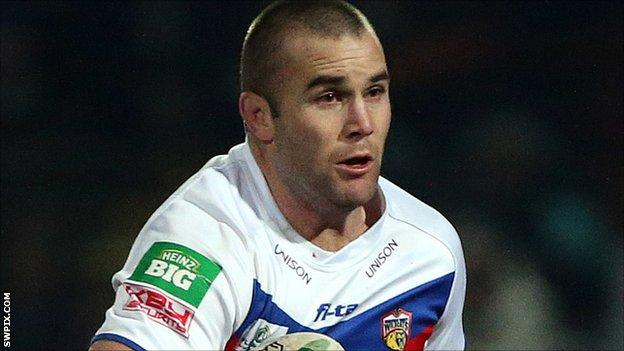 Wakefield Trinity Wildcats prop Justin Poore has been banned for one game by the Rugby Football League disciplinary panel for a Grade B punching charge.

The 28-year-old, who was dismissed for the incident in Sunday's defeat by Wigan Warriors, pleaded guilty to the offence and was fined £300.

Poore, who joined from NRL side Parramatta Eels last October, was unable to make an early guilty plea.

He used up that opportunity after a pre-season dismissal against Leeds.