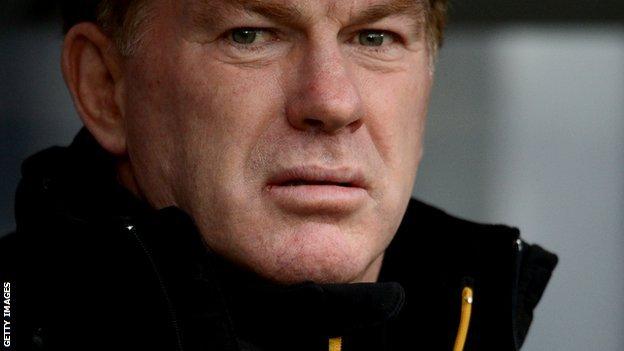 Castleford must rebuild strongly and swiftly if they are to preserve their status as a Super League club after a season of upheaval, uncertainty and under-performance.

This week's departure of coach Ian Millward appeared inevitable after barely 3,000 fans turned up to watch a ninth successive game without victory, a 40-24 defeat to Huddersfield.

The Tigers have won just once in 18 games and have lost their chief executive, commercial manager and now head coach during a painful middle year of the current three-year licence period.

The manner of Millward's departure highlighted the Tigers' problems.

The news was leaked and widely known on Tuesday morning but only finally made public by the club that evening, during which time the one update to their official website was of its £100 Daily Draw winner.

Interestingly, the club statement referred to the team's results as "unacceptable for all concerned, including sponsors and supporters".

Millward may feel he was dealt a rough hand after being appointed as part of a long-term plan.

He has made many improvements to the daily operation around the team, including increased use of video analysis but, crucially, on the field there has been no improvement and he has paid the price.

An impressive win over champions Leeds and a gutsy draw against the Catalan Dragons offered a glimpse of the quality in the squad and the players may feel they have to take a large share of responsibility for Millward's departure.

It leaves the club's fans, staff and former players wondering what the future holds.

Former Great Britain forward Lee Crooks, who played over 200 times for the Tigers, is hugely concerned.

"The club is in turmoil at the moment and unless someone comes along with £1m then I am very worried about where Castleford might be heading," he said. "There need to be big changes."

When Steve Ferres walked away as chief executive in February after just six months in the job he warned that unless things changed then Castleford Tigers would simply not be able to generate enough income to exist as a Super League club.

The ideal is that change would be a new stadium, or an improved version of the club's dated Wheldon Road home, but it is hard to envisage that scenario while the team toils on the field and the fans stay away.

Ferres' replacement Steve Gill, promoted from his role as head of youth development, has been charged with the responsibility of turning the club's fortunes around by owner Jack Fulton.

Danny Orr will take temporary charge of the team.

The decision on who should replace Millward is vital to both ensure the fans are onside and get one of rugby league's most famous old names firing again.

Bottom of the Super League

The club has already assembled a new-look commercial team and attention now turns to finding the right head coach.

Gill says the new man could be named within a fortnight if it is a Briton, but he is willing to wait longer if a suitable overseas candidate is available.

Batley are unlikely to stop Kear if there is a chance of him returning to a Super League job.

He once called Castleford his dream job, but circumstances for both club and individual have since changed.

The Tigers may look closer to home at highly rated Featherstone boss Daryl Powell. That could give the former Leeds Rhinos and Great Britain international a dilemma.

Powell is well established at the successful Championship club, and would have to decide whether his longer-term Super League prospects are at Post Office Road if he was offered a top-flight role now.

Andy Hay could be another contender. The former Tigers forward is Castleford through and through but remains untried in the main role after moving from Cas to Hull as their assistant coach.

Whoever takes over will find that there is as much quality in the squad as there is concern around it.

In Justin Carney, Rangi Chase, Jordan Thompson, Michael Shenton and Weller Hauraki, there is enough flair in this Tigers team to convince the new man in charge that a position at the foot of Super League is a huge misrepresentation of where Castleford should be.