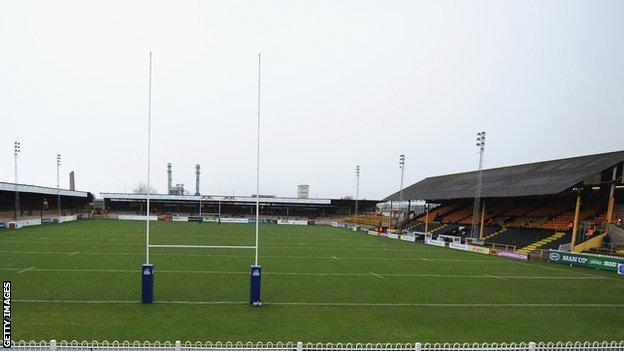 Castleford Tigers chief executive Steve Gill says the club will take their time to appoint a successor to Ian Millward.

The Australian, along with assistant Stuart Donlan, left the club on Tuesday after just one win from their opening 11 Super League matches.

Gill told BBC Radio Leeds: "We won't be rushing. We'll see who the best applicants are and we'll take it from there.

"We've had four applicants already and we'll assess everything."

He added: "It would be unfair to give a timescale because if the appointment is overseas then it might take longer, while if it's from here then it could be two weeks.

"The new guy needs to be able to motivate but also get wins because that is something we have been lacking. The first team aren't that far off, it just needs some tweaking.

"I know when the players run out on Saturday there will be 17 players busting a gut for Danny Orr."

Former Tigers skipper Orr, 34, has been placed in charge of the first team for this weekend's game against Widnes.

Gill felt that the time had come for the club, who are bottom of the Super League table, to make a change.

"It was important for the benefit of the club and for Ian that we made the decision. I believe this is the right decision for all parties.

"Sometimes it's about having the rub off the green but you make your own luck."

Batley coach John Kear has been linked with the vacancy but Bulldogs chief executive Paul Harrison has told BBC Radio Leeds he is hopeful the former Wakefield and Hull FC coach will stay with the Championship side.