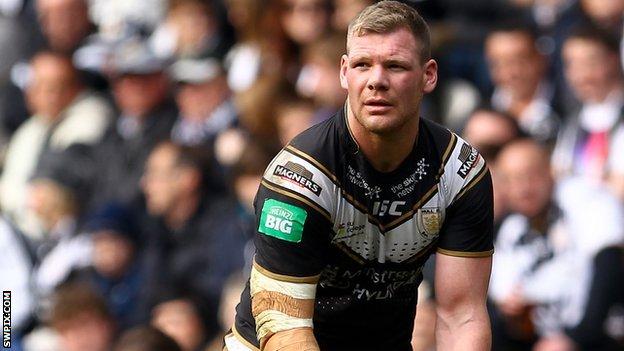 Hull FC's England international forward Danny Tickle has been ruled out for two months with a knee injury.

The 30-year-old was forced off in the second half of the win over Catalan Dragons on Sunday.

Tickle, who has made six appearances this season, missed a large part of last term with a biceps injury.

Meanwhile, fellow forward Gareth Ellis could be fit to make his first Super League appearance for the club within the next month.

The 31-year-old suffered a foot injury in the warm-up before the season opener at Leeds Rhinos.