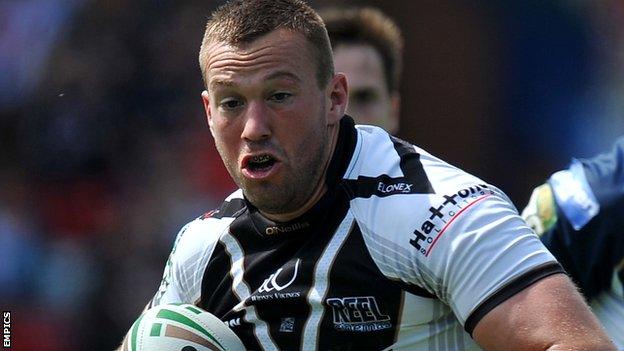 Prop forwards Steve Pickersgill and Phil Joseph have both signed contract extensions with Widnes Vikings, keeping them at the club until 2015.

Pickersgill, 27, arrived at the Stobart Stadium from Warrington in 2010, while 28-year-old Joseph signed from Bradford at the beginning of this year.

The pair were due to be out of contract at the end of the current season.

"These signings show the stability we are trying to add within the squad," said Vikings coach Denis Betts.

"Steve Pickersgill has proved his worth to the team on a number of occasions and for a while he's just been on one-year deals.

"I believe the timing is now right to give him some stability and help him to advance his career further.

"Exactly the same applies with Phil Joseph. I've also been really pleased with his contributions in the relatively short time he has been with us."