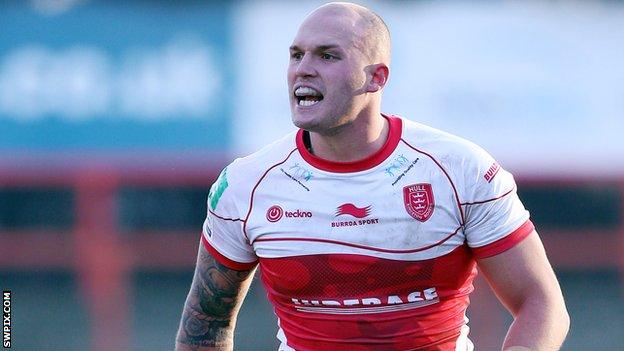 Hull KR forward Cory Paterson has revealed on Twitter he has a clause in his contract making him a free agent if coach Craig Sandercock leaves the club.

In response to a question from another user Paterson tweeted: "Yeah it's true just got to wait and see what happens but yeah I would be a free agent."

The 25-year-old Australian is in his first season with Robins.

BBC Radio Humberside have asked the club about the situation but are yet to receive a response.

Paterson has made a strong start to his career in England and has four tries from his 10 Super League appearances so far.