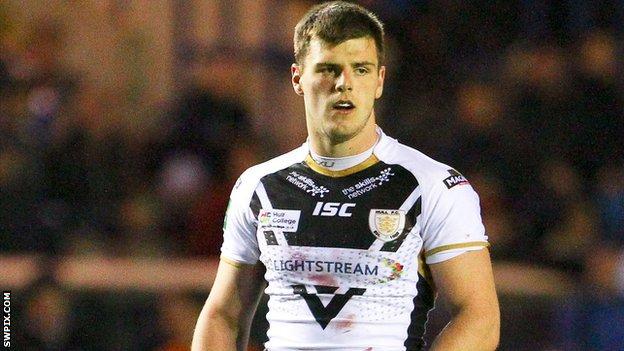 Hull FC centre Joe Arundel has been ruled out for six weeks after suffering a knee injury in the win over Salford on Saturday.

The 21-year-old, who has four tries in eight appearances this season, was forced off near the end of the victory against the Reds.

Director of rugby Shaun McRae told BBC Radio Humberside: "It's quite unusual but it isn't a major injury.

"We're looking at four to six weeks out depending on how he responds to rehab."