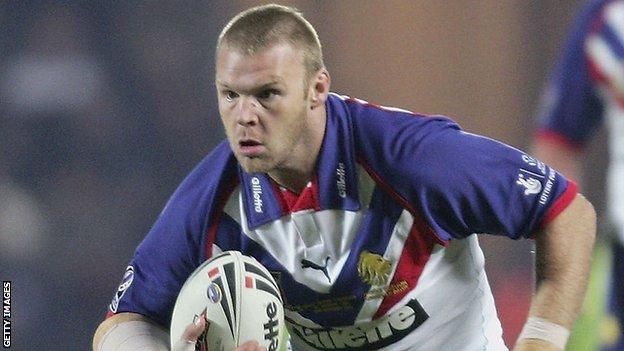 Workington prop Jamie Thackray claims Sunday's game with Whitehaven will be the biggest of some players' careers.

The towns are separated by just eight miles of Cumbrian coastline and the reward for victory at the Recre is a place in the Challenge Cup last 16.

"I was privileged to play in the final twice for Hull and there's nothing better," said the ex-Great Britain man.

"Some of our lads have never played at that level so Sunday, and the intensity of it, will be like a final for them."

The Cumbrians head to head

The former Test international joined the Championship side in 2011 after Super League spells with Halifax, Castleford, Leeds, Hull, and Crusaders.

In 2005 he was part of the Black and Whites team that snatched victory from the jaws of defeat against Leeds Rhinos at the Millennium Stadium before experiencing the opposite feeling at Wembley against St Helens in 2008.

He continued: "I remember walking for the final and the fireworks going off and the noise from the fans was indescribable - it was like a dream.

"Winning in 2005 was one of the best moments of my career and even though losing to Saints in 2008 was a sad day the final at Wembley was an incredible experience.

"This weekend there'll be several thousand hardcore Cumbrians and they can make enough noise to rival any set of fans.

"There's been a bit of a buzz around the town since the draw and everyone in the squad is desperate to be involved."