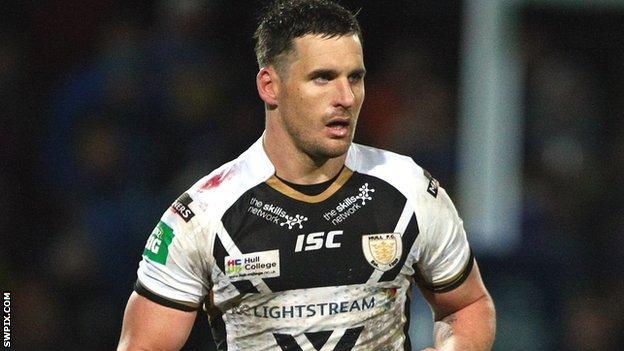 Hull FC have released scrum-half Brett Seymour six weeks after he was involved in a car accident.

The 28-year-old, who was in his second season with the club, has been on compassionate leave since the incident.

Director of rugby Shaun McRae told the club website: "Brett is at a stage where he needs to be concentrating on a number of important aspects of his life, other than rugby league.

"He leaves Hull FC with our best wishes for the future."

Seymour added: "I wish to thank all the FC fans for their ongoing support. I have never experienced such passionate, supportive people and we are forever grateful.

"I now focus 100% on getting well. Thank you for everything."

The Australian had signed a three-year deal with the club after joining from NRL side New Zealand Warriors.

In total he made 25 league appearances for the Black and Whites.