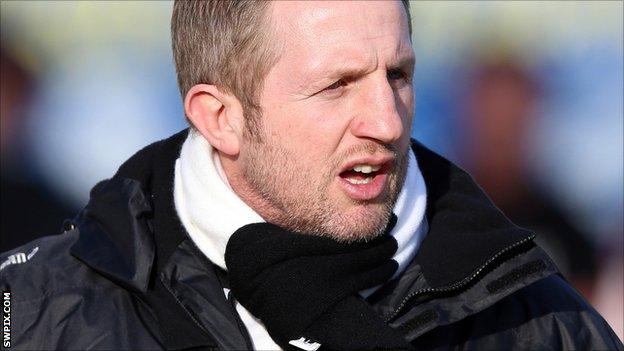 Widnes substitute Adam Lawton claimed a Challenge Cup hat-trick as the seven-times winners eventually pulled off a fourth round win over Doncaster.

Shaun Briscoe (2), Patrick Ah Van, Paddy Flynn and MacGraff Leuluai also got in on the act at Halton Stadium.

But they were almost taken the distance by the Championship's bottom club.

And he tormented Widnes from the start, giving an admittedly weakened home team a real scare.

Having led 12-0 after 16 minutes, Doncaster were still in contention when Widnes led only 28-24 until 15 minutes from time when 19-year-old prop Lawton completed his hat-trick.

"They bust us down the middle and it was a slap in the face for us. We just didn't turn up. We are full-time players and should have been able to win in a canter. I am upset at the application of a few of my players.

"But Adam Lawton was Johnny on the spot for two tries and ran a good line for another. He just has to keep working hard."

"The players were a credit to themselves and the club. I thought the margin flattered Widnes and we had a great effort from the first minute to the 80th.

"We dug in and showed how much character there is in the team. After this performance there is no need to fear anyone in our division.

"There were some outstanding performances with Mike Emmett brilliant at loose forward and Brett Waller was the best prop on the field. He got us on the front foot, has a good engine and is a handful for any team."