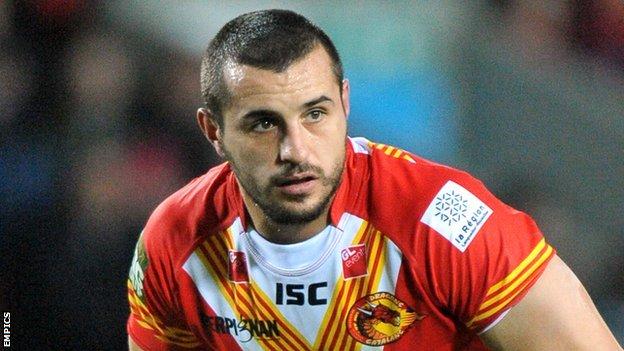 Having won nine of their previous 10 matches, the Black and Whites found themselves 6-0 behind after just three minutes through Frederic Vaccari's try.

Tom Lineham crossed for Hull but Morgan Escare made it 18-4 at half-time.

Duport then went over twice, either side of Kevin Larroyer's touchdown, Thomas Bosc completing a 100 per cent record of five successful conversions.

Bosc impressed as a stand-in for the Dragons' regular kicker, Dream Team scrum-half Scott Dureau, who missed out after complaining of double vision in his second game back from a brain tumour.

Vaccari nipped in at the corner to open the scoring but, after Bosc added the extras, Lineham soon responded for Hull.

Full-back Escare then found a gap in the Black and Whites defence to increase Catalans' lead before sloppy defending allowed Duport to touch down for his first try.

Larroyer then broke through and found the line from the restart and Duport rounded off the victory by making the most of more poor play by the visitors.