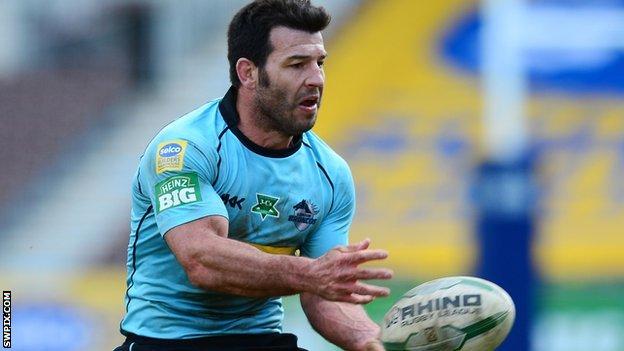 London Broncos have announced that former captain Craig Gower is to leave the club by mutual consent.

The 35-year-old will return to Australia for personal reasons.

Gower, who was replaced as captain by Tony Clubb last week, made 45 appearance for the Broncos after joining for the 2012 season.

Chief executive Gus Mackay told the club website: "He was an exemplary trainer and always gave 100% on the pitch."

The dual-code international signed for the Twickenham Stoop side from French Top 14 club Bayonne in 2011.

In total the half-back scored 82 points in his time with the Broncos.