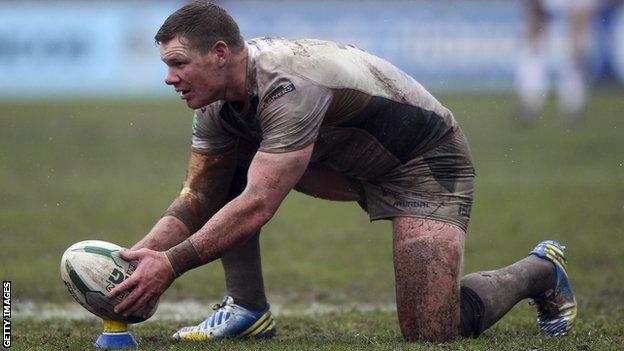 Widnes have completed a deal for Hull FC second-row Danny Tickle to join them on a three-year deal next season.

The Manchester-born England international has been at the KC Stadium since his 2007 move from Wigan but was out of contract this winter.

The 30-year-old worked under Vikings head coach Denis Betts during his five years at the Warriors.

"We've captured a current international forward who is highly rated on both sides of the world," said Betts.

"When I found out that he was looking to move back over to Lancashire, it was something that I found hard to ignore and I knew instantly that I wanted to bring him to Widnes.

"You've then got to factor in the accuracy of his goal kicking, and the fact that having somebody in your side with such a high success rate in that department is always going to stand you in good stead."

The former Halifax forward has missed a large chunk of this season because of a knee injury and spent a large part of 2012 out with a bicep problem.

"It's another challenge for me and it's going to be a tough one. Now is the perfect time for me to move on and test myself again," Tickle said.

"I've played at Widnes on a number of occasions and they've always come across as a passionate and proud bunch of people.

"Hopefully I can finish my time at Hull FC on a high and then I'll be in a position to concentrate all of my efforts into giving it everything I've got in a good pre-season, before pulling on the Widnes shirt."