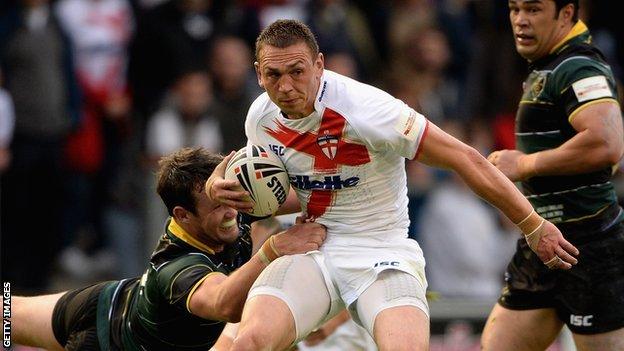 England captain Kevin Sinfield is set to be out of action for six weeks with a thumb injury that requires surgery.

The Leeds back rower is thought to have dislocated his thumb in England's 30-10 victory over the Exiles on Friday.

The 32-year-old will have an operation on the injury on Tuesday.

Despite the injury, Sinfield has been named in the Rhinos' 19-man squad to face Widnes on Monday, and the club have said they will wait until match day to decide whether he can play.

The Oldham-born player has not missed a Super League game since August 2010.