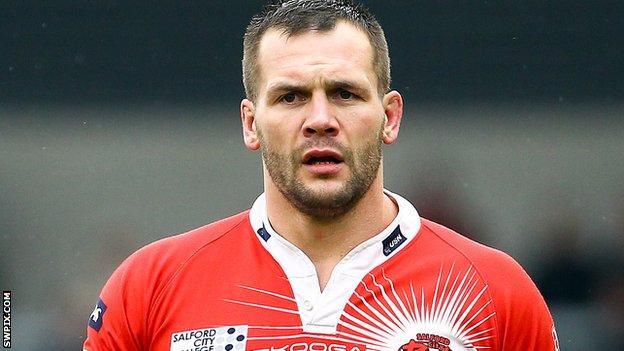 Three Salford players and Catalan Dragons captain Remi Casty have been suspended for their parts in a brawl during Friday's Super League fixture.

Reds prop Darrell Griffin submitted an early guilty plea to his Grade C charge and will miss the next two matches.

Forwards Jacob Emmitt and Lee Jewitt are banned for one match each, as is Casty, for punching offences during Salford's

The former Manly player, who joined in January, leaves in similar circumstances to half-back Liam Foran, who