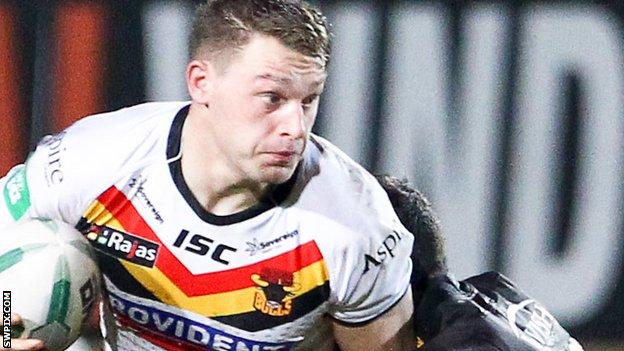 Catalan Dragons have confirmed they have agreed a deal to sign Bradford Bulls back-rower Elliott Whitehead.

The 23-year-old joins the Perpignan-based Super League club on a contract which will run until the end of the 2015 season.

but Catalans, whose offer was also accepted, fitted Whitehead's demands for a move to a "top four" club.

He has made 100 top-flight appearances for Bulls and scored 30 tries.

"He is a Super League rising star. He shares our project and our ambitions and his determination to join the club strengthen our choice to sign him".

For Salford boss Brian Noble the search continues to bolster the squad with the backing of owner Dr Marwan Koukash.

"Am I disappointed it didn't come along? Of course I am, but I understand his reasons," Noble said after

"I know Elliott, he is a Bradford lad. I can quite clearly see the reason behind his decision but we'll give an opportunity to someone else.

"You can't make them take it. The search goes on."

Whitehead had been on indefinite leave at the Bulls after requesting a transfer, having only signed a new five-year deal in March 2012.

Since joining the Bulls from West Bowling in 2005, the England Knights international has emerged as a key player at Odsal, with Hull FC among the clubs linked with a move for Whitehead last season.