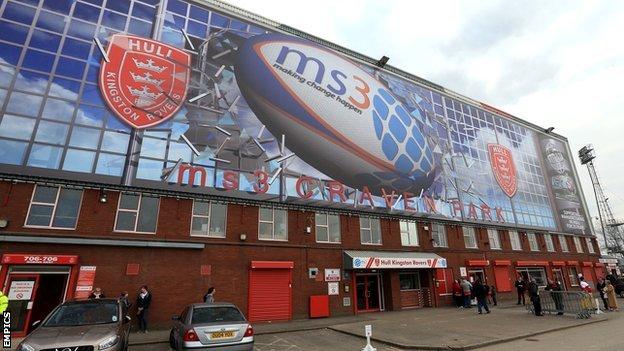 Neil Hudgell has decided to stay on as chairman of Hull Kingston Rovers after previously announcing he would step down at the end of the season.

The Hull-based lawyer told BBC Radio Humberside: "We have a formula for the club going forward and as part of that, people want me to stay involved."

The club's financial position is expected to improve next season when the new north stand opens.

And Hudgell said: "Hull KR is a strong brand and a great club."

The Robins lie seventh in Super League following Saturday's one-point win over the Catalans Dragons and remain on target to achieve their aim of qualifying for the end of season play-offs.

Hudgell continued: "We just need to crack some of the historic issues and debt we have,

"I think we sit and we look at our own positions and to some extent what I've said over the last few months has been a little bit distracting and it's important we have stability."