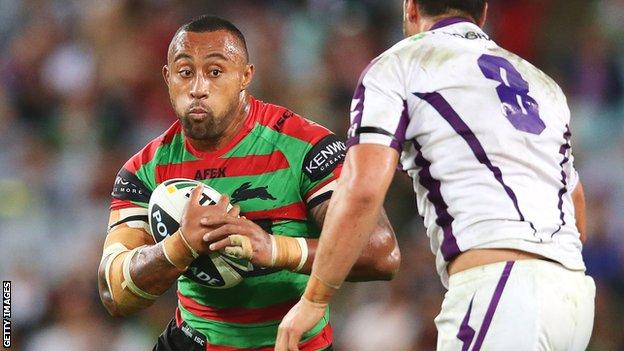 The 31-year-old prop will arrive from Australian club South Sydney Rabbitohs ahead of the 2014 Super League season.

"I've been at Souths for seven years and it's now time to experience a bit of change on the other side of the world in Super League," he said.

"With Warrington being a top-three side in the competition, who better to join than a team of that quality?"

The Wolves were in need of at least one new addition in the front row, as and are all due to leave the Halliwell Jones Stadium at the end of the year.

Asotasi, who was also wanted by Hull KR, has made over 120 appearances for the Rabbitohs since joining them from Canterbury Bulldogs in 2007.

He won 24 caps for New Zealand between 2004 and 2009 and also represented Samoa earlier this year.

"To have a signing of this calibre join us with his international experience as well as having played for some top clubs in the NRL, his wealth of experience will be a fantastic addition," said Wire head coach Tony Smith.

"We are delighted and his qualities as a player and person will enhance our squad going forward."