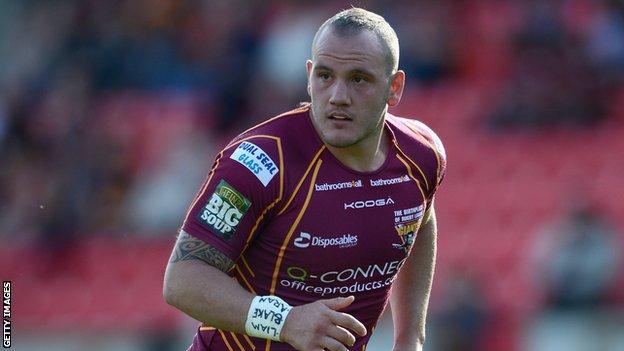 Bradford Bulls have continued their recruitment for the 2014 season by signing back row forward Dale Ferguson from Huddersfield Giants.

The Scotland international, who spent time on loan at Hull KR earlier this season, will join the Bulls on a two-year contract.

They claim to have beaten several other clubs to the 25-year-old's signature.

Bradford coach Francis Cummins said: "He's not the tallest but he's strong and he's full on."

He continued: "He tends to go under the radar but he's consistent and has strike power as well, as he showed against us at the Magic Weekend."

Ferguson has made 17 appearances in Super League this season, scoring four tries - three for the Giants and one for Hull KR.

"Dale is an exciting signing for us and I am sure he will have a successful career at the club," said Bulls chairman Omar Khan.

" We faced opposition from several clubs for his signature, but he was impressed with what Francis outlined to him and chose to come here."