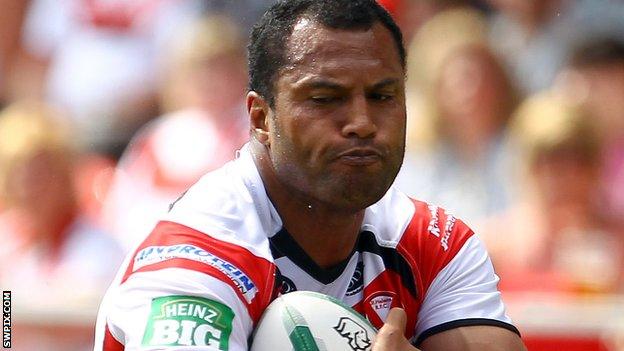 The 34-year-old will end his eight-year association with Saints at the end of the current campaign to sign a one-year deal with the Reds.

Meli has international experience with both New Zealand and Samoa.

"Successful teams need experienced players in their ranks and we are delighted Francis is joining us," said Reds owner Dr Marwan Koukash.

He told the Manchester Evening News: "Meli has been a very consistent performer in Super League. Players like this can bring so much to the squad and the dressing room environment."

and have also signed deals with in recent days.

A statement on St Helens' website read: "We would like to place on record our gratitude to Francis for his effort and commitment to the club since he signed in 2006.

"He has been a consummate professional and one of our strongest strike players in the Super League era."