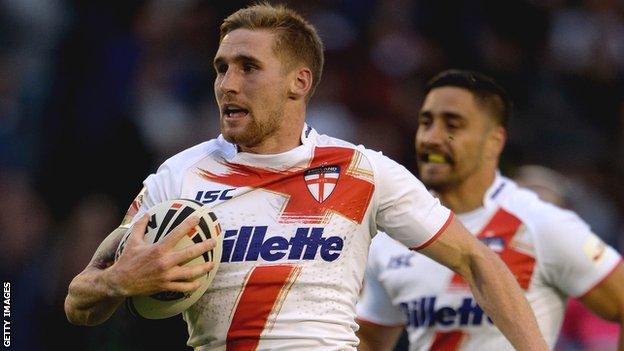 England will face Italy at the Salford City Stadium on 19 October as part of their build-up for the World Cup.

The fixture, the first between the two nations, will take place seven days before

"The match against Italy represents the final piece in the jigsaw for England," said England coach Steve McNamara.

"It will allow us to put the finishing touches to our extensive preparations for the World Cup."

for England to play a final warm-up game, although their opponents had not been confirmed.

Italy, currently ranked 13th in the world, take on Wales in their first World Cup match as part of a double-header at the Millennium Stadium on 26 October.

McNamara continued: "We will go into the [Italy] match on the back of an intensive warm-weather training camp in South Africa and the run out will be just what many of the players need.

"It's important that we hit the ground running come the World Cup and this game gives us the best chance to do just that."