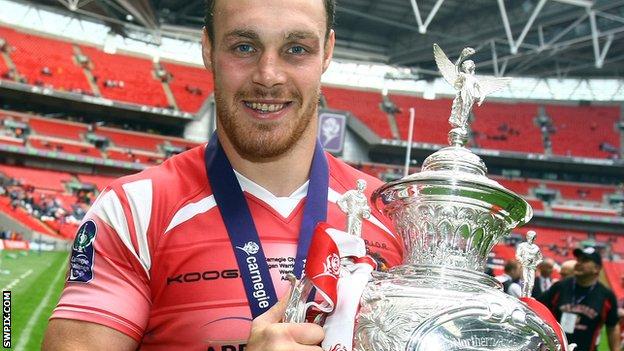 Wigan Warriors prop Paul Prescott has announced his retirement from rugby league because of a back injury.

The 27-year-old Ireland international had not featured since the

Prescott was part of the Wigan sides that won the Grand Final in 2010 and the a year later.

"I leave the game with an enormous amount of pride at representing the club I supported since the age of five," Prescott told the club website.

"After consultation with some of the best surgeons in the country, it is with great sadness that I am forced to announce my retirement as a rugby league player with immediate effect.

"This injury has been a persistent problem since the initial diagnosis in 2008. The constant rehabilitation, treatment and maintenance has been a daily battle.

"Unfortunately, after countless injections and two lots of surgery, the most recent in March of this year, the specialists have advised me that this can no longer continue."

Wigan head coach Shaun Wane added: "I feel hugely sorry for Paul that he has been forced to come to this decision through injury.

"Paul has been a model professional and is also a great person. He will be missed on the field by everyone who has played with or against him."