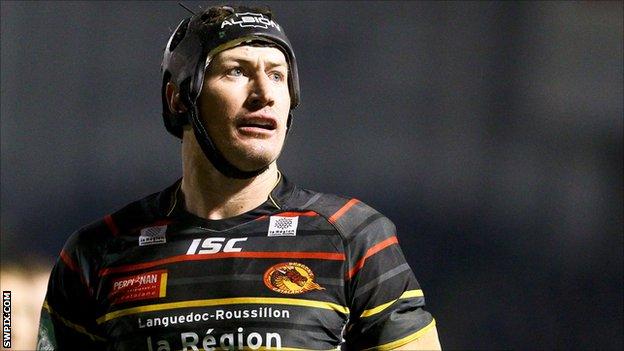 Catalan Dragons veteran Steve Menzies has confirmed he will retire at the end of the Super League season.

The 39-year-old Australian, currently the oldest player in the competition, has been involved in professional rugby since joining hometown Manly in 1993.

"My biggest fear was to play one season too long and I'm happy with my decision," Menzies said.

"It was a hard decision to take. Playing rugby league, that's all that I have ever done."

He continued: "I'm still enjoying playing and I feel good mentally and physically, but it was the right time to finish."

Menzies first appeared in Super League with Bradford in 2009, having previously played for the Kangaroos and won two NRL Premierships, as well as appearing in State of Origin with New South Wales.

He spent two years at Odsal before moving to Catalans in 2011 to link up with compatriot Trent Robinson.

Menzies, who played for the Exiles last season and was selected for the Super League Dream Team in 2011,