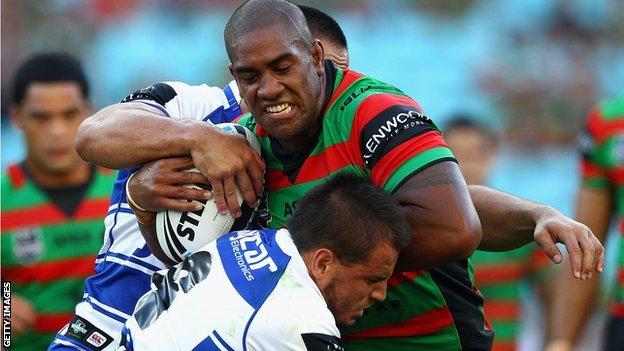 The 25-year-old is currently playing in Australia's National Rugby League with Wests Tigers, having joined them from South Sydney last year.

New Zealand-born Pettybourne will remain in Sydney for the remainder of the NRL season, before linking up with the Warriors in November.

"I just feel time is right now as I have always been interested in playing overseas," he said.

"I have spoken to [Wigan coach] Shaun Wane and have been extremely impressed in what he has had to say.

"It's very exciting and I am looking forward to joining Wigan but at the same time I will be focused on doing my very best for the Wests Tigers for the remainder of this season."

Wane said Pettybourne, who was a member of New Zealand's Four Nations squad in 2009, was a player he had admired for a number of years.

"Due to his powerful running style, aggression in defence and his overall desire to compete, I am sure he will become a firm favourite with our fans," he added.

"His personality and age will fit into the Wigan way, the culture we are building and he will add a great deal to the club."

Wigan will lose forwards Lee Mossop and Gareth Hock, who is currently on a season-long loan at Widnes, to Parramatta Eels at the end of the Super League season, while prop Paul Prescott was forced to announce his retirement on Thursday because of injury.