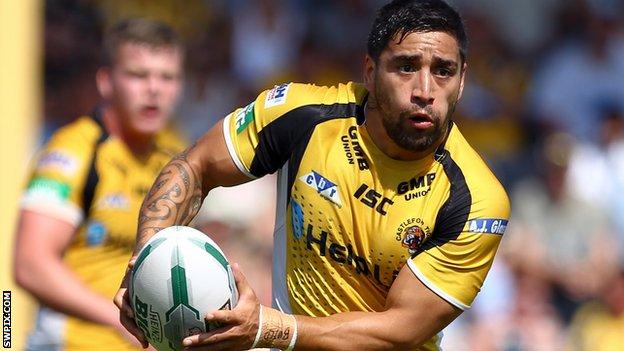 Castleford Tigers have turned down a second bid from Salford City Reds for stand-off Rangi Chase.

A statement on the club website said: "Following a meeting with Salford on Monday, the board turned down the offer as it was way below the club's valuation of him.

"The club would like to keep hold of Rangi as he is an integral part of the club's plans for the future."

for New Zealand-born Chase in February.

The 27-year-old England international, who was (National Rugby League) earlier this season, has been in strong form for the improving Tigers in recent weeks.

Salford, currently one place and five points behind the Tigers in 13th position, have already recruited heavily for next season with Adrian Morley, Francis Meli and Junior Sa'u all set to join the club for the start of the 2014 Super League season.