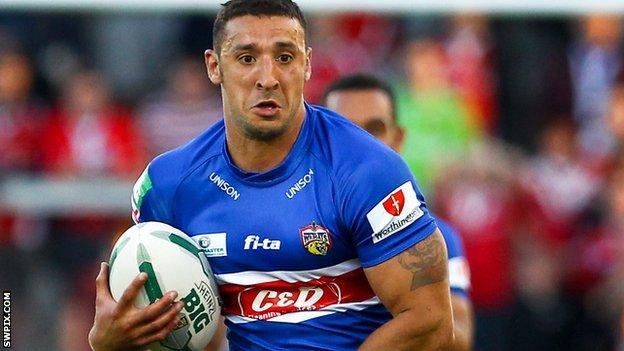 Wakefield Trinity Wildcats stand-off Paul Sykes has been ruled out for six weeks with a fractured fibula.

The 31-year-old suffered the injury to his left leg in Monday's 24-14 win over Widnes when tackling Gareth Hock.

Meanwhile, the Wildcats have launched an investigation into disturbances in the crowd in Monday's game.

The Wildcats were given a £1,000 suspended fine following trouble at last year's derby against Castleford and could now face further punishment.