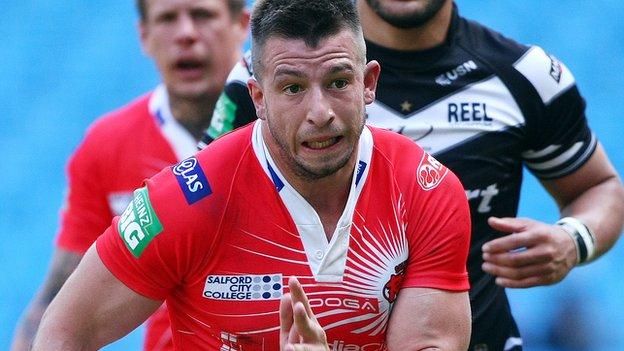 But Foran, who joined from Manly Sea Eagles, has not featured in Salford's last three matches and has been released from his three-year contract.

Foran is set to return to Australia in the hope of joining a club in the NRL.

He tweeted on Wednesday evening: "Just want to thank the Salford boys, great bunch of lads, wish them all the best for their careers and for the rest of the year!

"I'm off on Friday, as you know one door closes and another one opens, one that makes me more hungry to succeed! Thanks to the fans for their support."