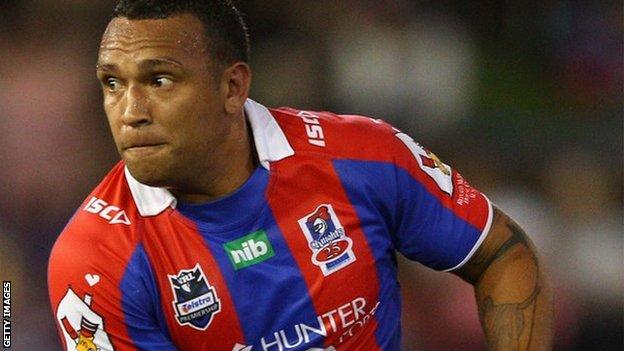 The Papua New Guinea international, 28, has agreed a two-year contract and will replace Cory Paterson on the Robins' overseas roster for 2014.

Costigan has played for Queensland and had spells with Brisbane Broncos and the St George Illawarra Dragons.

"I'm going to be based in Hull during the World Cup and that will give me a good indication of what the place is like. I'm looking forward to it.

"I'm a player who always gives 100% and I like the tough stuff. I'd say my defensive abilities are my best attributes."

Costigan has worked with Hull KR coach Craig Sandercock when Sandercock was on the coaching staff at the Knights.

He is the second player in a week to agree a deal to join the Robins next season after St George prop Michael Weyman signed last Friday.