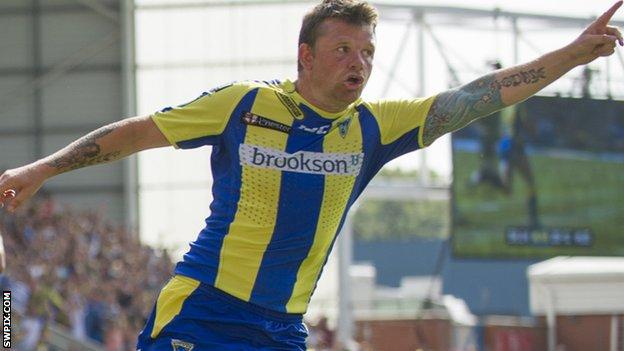 Warrington's Lee Briers could leave when his contract expires this autumn in favour of a coaching role elsewhere.

The 35-year-old stand-off joined the Wire in 1998 after playing one season for hometown club St Helens.

He has since surpassed Brian Bevan as the club's all-time scorer, but has been troubled by injuries this season.

"I'm talking to a few clubs. It should all be finalised within two weeks and it'll probably include some coaching," he told BBC Radio Manchester.

"I've made no secret of the fact that I want to go into the coaching side with my next deal and I'm close to agreeing something."

Briers has made 215 Super League appearances and scored over 1200 points during his career, but this season missed several months because of a neck injury sustained in February and calf tear picked up two months later.

The former Wales international was given a temporary coaching role by Warrington in April after academy manager Gary Chambers was appointed Swinton boss.

"There's no definite decision on where I'm going yet," he added.