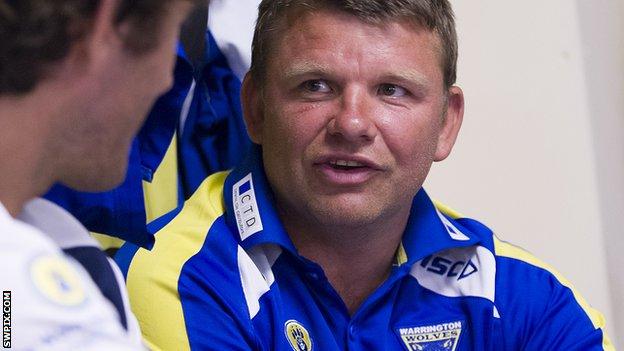 Veteran stand-off Lee Briers has signed a one-year deal at Warrington to extend his long association with the club.

The Wales international, who combines his playing duties with a coaching role, will remain with the Wolves until the end of the 2014 season.

Briers had told BBC Radio Manchester he was contemplating leaving the Wire, for whom he first played in 1998.

"Even though I had offers from other clubs, there was only one place I was going to sign," said the 35-year-old.

Briers has won the Challenge Cup on three occasions during his time at Warrington and is the leading points scorer in the club's history.

He told the club website: "After a horrible start to the season with a I am delighted that the club has given me this opportunity to finish my career here and also further my career in youth development coaching."