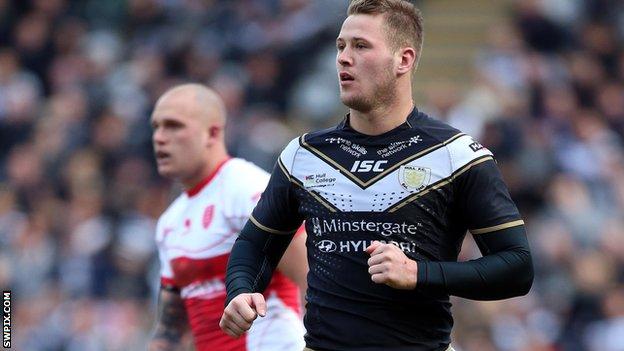 Forward Joe Westerman has said he expects to see a "different Hull FC" in their Challenge Cup semi-final against Warrington on Sunday.

The Black and Whites go into the game looking to end a run of five consecutive Super League defeats.

Hull FC's run to the semi-finals

"We've lost the last five league games and that's obviously not good enough to our standards."

He added: "We've talked about what we did wrong and we know what we need to improve."

Peter Gentle's side have won just once since recording five back-to-back wins in May.

The Airlie Birds are looking to make a first Challenge Cup final since their defeat by St Helens in 2008.

Hull FC last won the competition in 2005 and are currently eighth in the Super League table but Westerman hopes victory over the holders could be the catalyst to turn their season around.

"I've not played in a game like this in my career. We only have one chance to get to Wembley and I've always wanted to play there," he added.

"A win gets us to the final but also gets our season back on track."