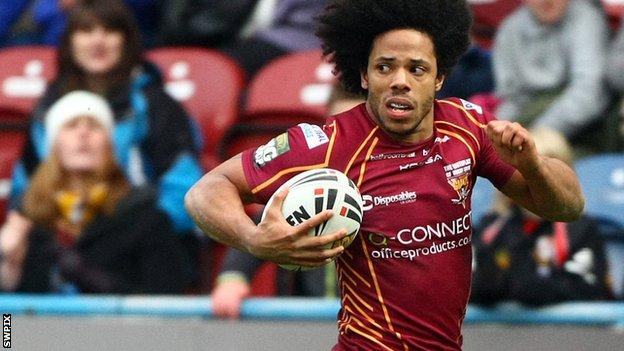 The 25-year-old, has agreed a two-year deal with the Bulls.

Bulls coach Francis Cummins said: "Luke has got pace and can play wing as well as deputising in the centre.

"That versatility is important because we need competition for places in a squad that's not the biggest."

George, who has scored 22 tries in 35 games for the Giants, said: "The Bulls are a very prestigious club and have won every trophy possible.

"They've had a rough few years and not been as successful as they have in the past but you can see what Franny is trying to move the club forward and get Bradford back to the top."