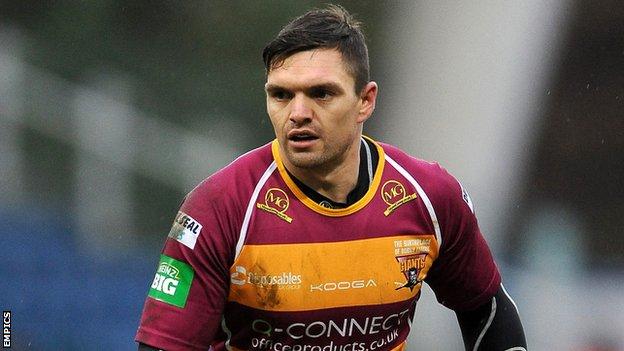 The 30-year-old half-back has been in superb form for Paul Anderson's side, scoring 237 points - more than any other player during the 2013 season.

"I probably could have moved on but why would I want to?" Brough, who joined in 2010, told the club website.

"I am immensely proud to captain this club and I am certain we have some great days ahead of us."

The former Hull FC and Wakefield man said: "I have the opportunity here to win trophies, which is what we all want, and am very confident with the squad, coaches and backroom staff so the decision to stay for a long time was easy.

"I am happy with my form so far and feel that maturity is now bringing the best out of me, for which I have to thank my family and some key people at the club who have always had faith in me.

"I really hope I can play a big part in the team going forward to repay this deal with silverware for the fans and chairman."

The Giants have a with five fixtures of the regular season remaining.

Despite a series of inspirational performances for Huddersfield, for their recent friendly against the Exiles and in June he announced he will later this year.

He has played for both countries at international level.