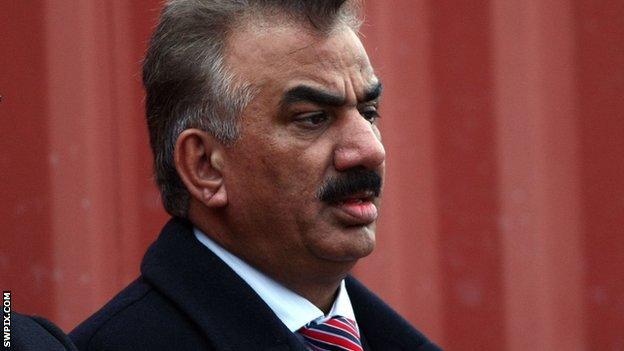 Bradford Bulls chairman Omar Khan has admitted the club are experiencing financial issues but denied they are close to re-entering administration.

Khan purchased the club last September after they had spent over two months in administration.

Fears grew that the Odsal club was in trouble after players took to Twitter to reveal they had not been paid.

"I would like to dispel all rumours and confirm that the club is not going into administration," said Khan.

"I have always taken the approach of open transparency I will say that we are at this time experiencing a temporary funding issue and as such it transpires that we will not be able to pay the wages until Wednesday, 8 August.

"We have made every endeavour to minimise the effect on all concerned and I would like to emphasise that this is a temporary issue that does not affect the future of the club, its players or its staff.

"We have a busy couple of months ahead of us and I hope all of the Bradford Bulls supporters will get in behind the lads and help push them over these final few games of the season especially as the play-offs beckon."

The Bulls ended a six-match losing streak with victory over Hull FC in their last Super League fixture and are currently two points outside the play-offs in 10th place.