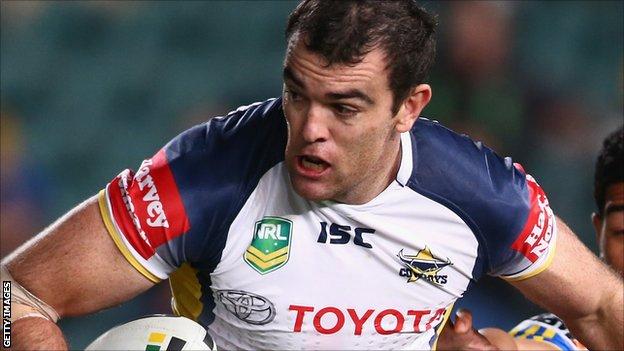 "I'm really looking forward to experiencing the tournament in England and meeting a new bunch of boys and performing well."

Scotland, who beat a Fiji side featuring State of Origin star Jarryd Hayne at the 2008 tournament, will also call on captain Danny Brough and former NRL Premiership winner Michael Robertson among their Super League representatives.

"It's great to have Kane available, along with Peter and James," said McCormack.

"We'll confirm another NRL recruit later this week and I expect maybe one more, two at the most.

"The vast majority of our squad will be familiar players who've played for Scotland before, but we're delighted to have recruited these top-class talents to the cause."