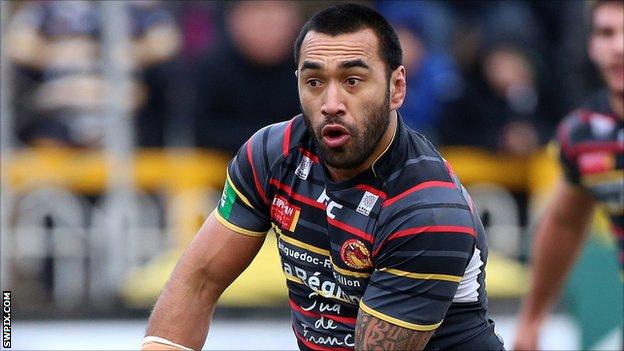 Catalan Dragons centre Zeb Taia has been banned for three games after he was found guilty of a shoulder charge in Saturday's defeat by St Helens.

The 28-year-old, who pleaded not guilty, was also fined £300 in a hearing at the Rugby Football League.

Taia's challenge led to Saints half-back Gareth O'Brien being withdrawn on a stretcher.

Meanwhile, Dragons' forward Mickael Simon and Saints prop Louie McCarthy-Scarsbrook both submitted Early Guilty Pleas for Grade A punching charges, and forfeit the right to another EGP for another 12 months.

Hull KR hooker Lincoln Withers, who also entered an EGP, has been banned for one match for a Grade B dangerous contact offence after a challenge on Wigan Warriors full-back Ryan Hampshire in Friday's 21-16 defeat.