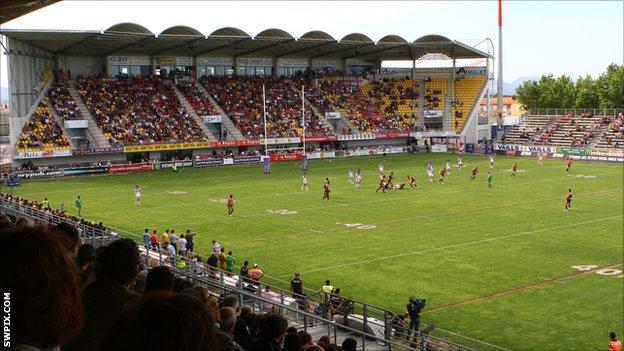 Chairman Bernard Guasch has said Catalan Dragons will contest the and has criticised the Rugby Football League.

Guasch believes the Dragons were harshly treated with the grading and subsequent punishment for Taia in comparison to similar incidents.

"There are double standards in the decisions of the RFL when it comes to our players or players from other English clubs. Why?"

Wigan prop Scott Taylor made a similar challenge on the same Saints player in a match last month and was placed on report, but not charged by the disciplinary panel.

This incident was not the first time the Dragons have been in trouble with the sport's authority this season.

Full-back Brent Webb was handed a one-match ban earlier in the campaign for fighting, while prop Julian Bousquet's tackle on Salford playmaker Theo Fages led to a

It is not the first time the Catalans have been upset regarding their standing with the RFL, as former head coach Trent Robinson was angered by refereeing decisions during last year's Super League match with St Helens.

"Enough is enough. We hold the evidence with the video footage and sanctions that have ensued," Guasch continued.

"I warned that if the lack of consistency in the decisions of referees or disciplinary committee continued, I [would] ask the opinion of external people and media.

"I can't let go these differences of treatment which significantly disadvantage us compared to other clubs.

"We already have one knee on the ground because of our performances on the pitch [and] the English are finishing by killing us.

"All the club, the directors, sponsors, supporters and above all the players are already mentally weakened and resent a huge frustration, which leads me to ask the question where all this will lead our club, and why."